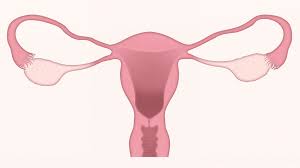 Endometriosis affects the tissue of the womb. Image taken from Pixabay; no attribution required.

A BBC survey that was published at the beginning of this month revealed the shocking realities of endometriosis.

The condition that affects 1 in 10 women can take up to 7 and a half years to be diagnosed by GPs. As of yet there are no cures but surgeries and treatments can be used for pain management.

The condition has an impact on the work lives, relationships and mental health of those affected; Fertility can also become a large problem for the women living with the disease.

Following the release of this troubling data MPs have officially launched an inquiry into the condition. They aim for raising awareness of the condition and representing the views of those suffering with it.

Gemma Diaper, leader of the Dorset Endometriosis Support Group, was diagnosed with the condition in 2016 and said that raised awareness would certainly help largely. She explained

“I didn’t know how to say endometriosis when i was diagnosed with it let alone spell it.”

AFC Bournemouth must be ‘at their very best to win’ ahead of their Premier League clash against Watford
Next Post: Bournemouth’s Christmas market returns – in October?