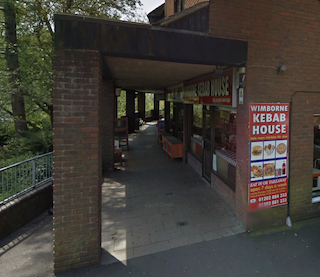 Dorset Police are investigating an incident of racial abuse and assault in Wimborne.

At around 12.30am on Wednesday 1 January a woman shouted racial abuse at a man outside Wimborne Kebab House on Eastbrook Road.

A second woman who was in the area intervened, was grabbed by the hair and pulled to the ground by the woman who shouted racial abuse.

The female victim, aged in her late teens, sustained minor injuries during the assault that did not require hospital treatment.

The offender left the area and ran toward The Rising Sun pub on East street.

She is described as white, approximately 18 years old and of slim build with long ginger hair. She was wearing a dark coloured jacket and jeans.

“I have now managed to speak to both the woman who was assaulted and the man who had racial abuse shouted at him.

“While I appreciate this incident took place two weeks ago, I am keen to hear from anyone who may have been out in Wimborne on New Year’s Eve and remembers witnessing this assault.

“I am also keen to hear from anyone who may have any information to assist my investigation.”

Anyone with information is asked to Contact Dorset Police at: www.dorset.police.uk  , via email at 101@dorset.pnn.police.uk , or by calling 101, quoting occurrence number 55200000038. Alternatively, contact Crimestoppers anonymously on 0800 555111 or via www.crimestoppers-uk.org.