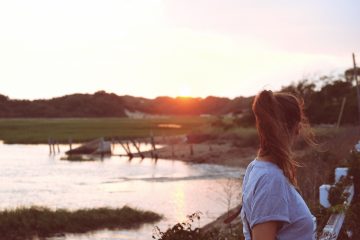 The charity have launched their biggest campaign to date in an attempt to end cervical cancer.

Samantha Dixon, Chief Executive at Jo’s Cervical Cancer Trust says: “A world without cervical cancer doesn’t have to be a pipe dream.

“The UK has the tools to make it a reality which is incredibly exciting.”

1 in 3 women accept a cervical screening invitation when doctors make them.

“Everyone can play their part.

“Going for cervical screening when invited, and making sure your child is vaccinated against HPV, will help make cervical cancer a thing of the past.”

The charity are encouraging people to join the conversation on social media.

People have been using the hashtags #wecan #CervicalCancerPreventionWeek.

The UK have around 3000 cases a year of Cervical Cancer.

Ali Jeffs was 14, living with her mum and two older sisters when her mother passed away from womb cancer.

She says: “We had divorced parents so it was just the four of us and it was quite a shock to be honest.”

Ali Jeffs’ mum had been suffering from quite heavy levels of bleeding for months at a time. Originally, the doctors diagnosed her bleeding as early menopause, but then discovered it was cancer. She then had a hysterectomy.

Ms Jeffs says her mother’s condition worsened after her hysterectomy: “She went in for a blood transfusion one Tuesday  afternoon and she passed away the next morning.”

Ms Jeffs recommends going to the doctor if you have any changes in your period and going to have smear tests done regularly.

“I think a lot of people are embarrassed or they have been told that it will be really uncomfortable, really painful.

“That five minutes of discomfort at a doctors could potentially save your life.”