The annual BFX Festival was held last week at Bournemouth University and invited virtual effects artists to deliver talks and insights for students and hobbyists. 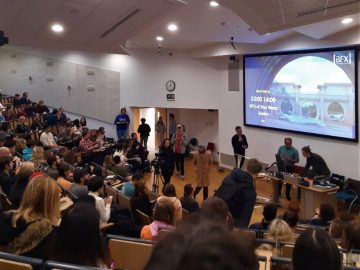 Several VFX artists spoke out against Marvel this summer claiming they were underpaid and overworked – social media was quick to critique and embellish rumours.

At the BFX Festival, Mr Scott Pritchard from Industrial Light & Magic, Miss Hannah Kenton from Union VFX and Mr Jim Parkyn from Aardman shared their far more positive experiences from their time in the creative industry.

Mr Pritchard – a VFX supervisor at ILM – said: “It was something I’ve wanted to do since I saw Star Wars.” 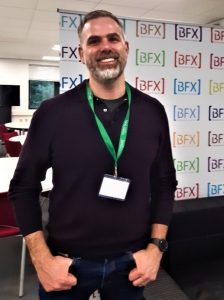 “Deadlines are just an inevitable part of visual effects. Dealing with it, you have to be able to maintain flexibility and a good relationship with the client.” Mr Pritchard said, adding: “A lot of VFX relies on trust.”

When stepping up to be a VFX supervisor, Mr Russell Earl offered him advice.

Mr Pritchard recalled: “We’d done Avengers Infinity War and Endgame together. He said: ‘The one piece of advice I can give you is the best ideas win.’ I keep that with me to this day.”

Miss Hannah Kenton is a generalist at Union VFX and has worked on The Lion King 2019 remake and the Disney+ show, Moon Knight.

Miss Kenton said: “I think the industry is really good at the moment, it’s booming, it really is. There’s so much work.” She added: “The delay in covid really helped out the industry because nothing could get done.”

“There’s so much crowd stuff we have to do – people weren’t allowed in the same room.” Miss Kenton explained.

Miss Kenton said when it comes to deadlines you have to be “honest” because “communication is key.” 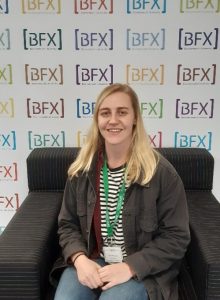 The other widely-discussed issue in the industry is accusations of insufficient pay.

Miss Kenton commented: “It’s becoming more of a thing now but sometimes people don’t really talk about pay but I think it’s really important that you can openly ask your co-worker ‘what are you being paid? Is it the same as me?’ If you have the confidence to do that, you should be fine.”

Mr Jim Parkyn works for Aardman as a modelmaker. 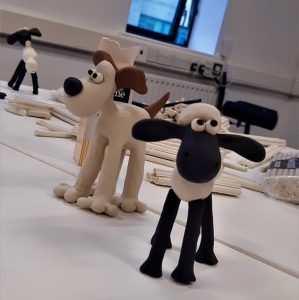 Mr Parkyn showcased his talent in a masterclass when he made Shaun The Sheep and Gromit. Photo: Adam Barlow

Mr Parkyn said: “A release date for a film or series cannot generally be moved or has financial consequences so it is important at every stage to hit targets.”

He said the tangible product is a “delight” and believes modelmaking is timeless because there is “a real weight to puppets and sets and a 3-D object that tells a story remains compelling.”

With tech advancements like ‘The Volume’ and ‘StageCraft’, movie effects are always changing but Miss Kenton said: “It’s in the artist’s hands.” 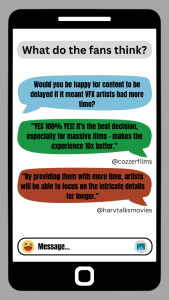 Previous Post: « “Essentially we are the heart and the beat of the town.”
Next Post: AFC Bournemouth prepare for FA Cup Clash »