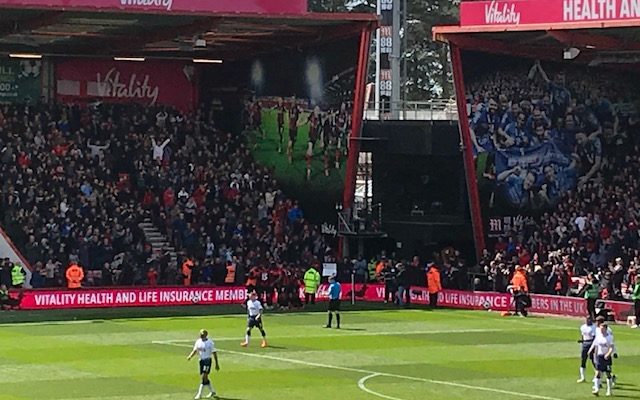 Goals from Josh King and Callum Wilson were not enough to secure three points for AFC Bournemouth, as they were forced to settle for a 2-2 at home to West Ham.

In a game with some big VAR decisions, Eddie Howe’s side will be frustrated to have not made it two home wins in two. They led 2-1 for most of the second half, and should have taken a 3-1 advantage just before the equaliser, when Callum Wilson squandered a one on one chance.

It was the East London side to score first, when less than ten minutes in Sebastien Haller brought the ball under control and slotted the ball to Andrei Yarmolenko inside the area. The Ukrainian turned swiftly and and struck the ball into the bottom left corner.

Just ten minutes later the home side benefited from the use of VAR. Nathan Ake played played the ball through to Josh King, who had a simple finish in front of goal. The assistant referee had judged King to be offside, but a review found King to be behind Ake when the ball was played.

The Cherries later had keeper Aaron Ramsdale to thank for being level at the break. A blocked Fornals effort fell to Felipe Anderson, who acrobatically struck the ball on a half volley. But the 21 year old keeper dived to his left to pull off the save of the match and deny the visitors.

Bournemouth then made an intense start to the second half, and within two minutes Callum Wilson had put them ahead. After a great advantage from referee Stuart Attwell following a foul on Solanke, King played through to Wilson who converted a simple one on one to put his men 2-1 up.

The hosts thought they were 3-1 up after an Ake effort found the back of the net. This time VAR was to favour the Londoners, with the review finding the ball to have hit Solanke on its way through who was offside and in keeper Roberto’s line of vision. And it should have been 3-1 shortly after, when Harry Wilson played through Callum who looked sure to convert another one on one. However Wilson will be ruing himself after sending the ball straight at the keeper.

The miss came back to haunt the Bournemouth striker just a minute after, as Aaron Cresswell had the ball knocked down to him by Anderson. His shot looked to have taken a deflection past Ramsdale to level the game.

Saves from both keepers kept the game two a piece, seeing both teams take a point. Bournemouth, and in particular Callum Wilson may lose sleep over missed opportunities, but a draw was perhaps a fair result in an end to end explosive game between two teams looking to challenge the teams at the top of the table.

The point sees Bournemouth into 7th, whilst the visitors are up to third. Next up for Howe’s side is a trip to the Emirates, where they take on Arsenal next weekend.

Howe refuses to let midweek upset dampen the Cherries good start to the season.
Next Post: Eddie Howe in good spirits before Sunday’s trip to Arsenal